Three hours of training with Robert & Nicola Royston $90.00. Intensives must be purchased separately. Hurry to ensure your spot. Space may be limited.

“Our special three hour intensive at this year's US Open will be a mixture of body movement drills that you can do at home without a partner, combined with a better understanding of connection and a deciphering of all the different opinions you hear in west coast swing! We will show you that there are many ways to do the same thing RIGHT!!” 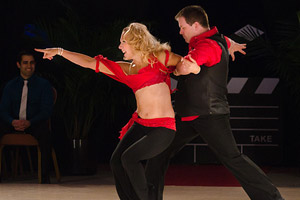 Robert Royston’s professional career began on the competitive couples dance circuit in 1989. Quickly ascending the ranks, Robert successfully secured eight (8) “U.S. Open Swing Dance Championship titles,” six (6) different “World Country Dance Championship titles,” and two (2) “USA Grand National Championships Titles.” In addition, he holds national titles in Hustle, Salsa, and Cabaret. Inducted into the “California Swing Dance Hall of Fame” in 1999, Robert continued his rise as a dance legend becoming the youngest person inducted to the “UCWDC Country Dance Hall of Fame” in 2007. His inductions into the “World Swing Dance Hall of Fame” and the “Living Legends of Dance Society” in 2011 make him the only dancer ever inducted into all of these organizations. Robert’s exciting, high energy original work gained the attention of producers of the Broadway musical, “Swing!” This led to his appearance for 1-1/2 years in the 7 time Tony nominated musical as a principle dancer performing his own choreography.

Nicola started her dance career in Ballet and Musical Theater, first attending the prestigious North Carolina School of Performing arts, Dance Department. She then found couples dancing and has gone on to become a UCWDC World Champion, USA Grand National dance champion, US National Dance Champion as well as a many time Showcase Swing Dance Champion and in 2011 was inducted into the Living Legends Dance Society. 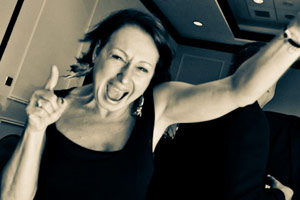 Deborah Székely “say kay” started dancing when she was three years old. At the age of 10 she performed at the famous Harvest Moon Ball with her Jr. company dance troupe, and at 16, competed on “Star Search” with Tyce Diorio from “SYTYCD” She has been dancing and competing ever since.

Formally trained in ballet, tap, and jazz, it was during her first year of medical school that Deborah decided to follow her one true passion: dance. She left medical school and began teaching line dancing at the famous “Denim and Diamonds” in NYC, and jazz at Dance Manhattan. She also waited tables to make ends meet in the tough world of being a dancer in New York City.

Deborah was introduced to West Coast Swing in 1994 and was hooked immediately. she has 5 US Open titles, 8 Grand National, 4 NASDE She is a Dallas Dance Hall of Famer and a California Swing Dance Hall of Famer She was White Hatted in June of 2014 and in November was inducted into National Living Legends of Dance.

Deborah continues to travel the world teaching, competing, and spreading her love of West Coast Swing and Jazz. She is also a proud, native New Yorker. 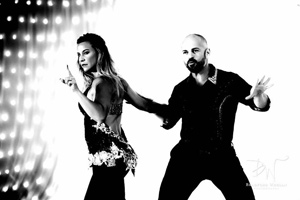 Ronnie has been dancing since 1994. Can you guess his reason for getting into dance? You got it! A woman. She was adamant: if he couldn't dance, there'd be no romance. Ronnie became a Country-dancin' fool. He threw himself into classes, private lessons, and competing. After two short years, he turned pro; he and his professional partner, Stephanie McPherson, were the UCWDC Worlds 2001 & 2002 Masters Division Grand Champions. He is currently competing in the Swing and Country circuit with Professional Brandi Tobias.Ronnie's quick sense of humor is legendary around the Starlight. His private lessons and classes are filled with great information and lots of laughs. Ronnie's alter-ego is an attorney. He finished law school in December of '98 and passed the Bar in California and Nevada. He isn't practicing yet, but is constantly on the look-out for his first lawsuit. Ronnieddancer@aol.com Ronnie is often invited to perform shows, judge competitions, and teach workshops across the United States, Canada and Europe. ◾On his way up through the competitive ranks, Ronnie won many Grand Champion (Division One) titles with previous partners and, consequently, is well-known throughout the C-W dance world. He is a sought-after judge, M.C., workshop teacher, invitational competitor, and show-dancer.

Brandi holds titles in Country/Western, International 10 Dance, and West Coast Swing, however, it is West Coast Swing that has captured her heart. An active competitor, she travels the globe teaching, judging, and performing. She is known as one of the top technicians in the world and has the pleasure of sharing her knowledge with dancers of all levels. 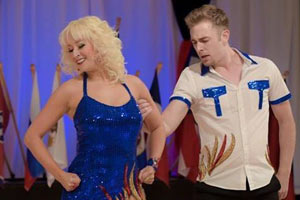 Ben and Cameo (BAMEO) have now traveled all over the United States, and all over the world including countries such as France, Germany, Ukraine, Russia, UK, South Korea, Australia, New Zealand, with many more on the horizon. Together, they have made 3 US Open Classic Division finals (out of 3 attempts), placed top 3 in multiple NASDE Classic Divisions including 3rd at US Open Swing Dance Championships, 3rd at Seattle Easter Swing, and 2nd at Swingtime in the Rockies, just to name a few. Separately, they have consistently placed/won in Jack & Jill and Strictly Swing divisions at competitions all over including Swingdiego, US Open Swing Dance Championships, Capital President’s Day Weekend, Boogie by the Bay, and many others. Together, they combine knowledge from many components of dancing in general, movement/body mechanics, and WCS specifically. They are known for focusing on many of the most complicated concepts in WCS, and finding ways to simplify them, making them easier to understand and apply. Their goal is to spread their love and passion for WCS to dancers all over the world, and they look forward to many of years of doing just that. 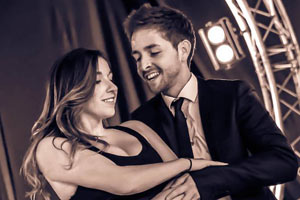 Torri smith has been dancing west coast swing for over 15 years. She has 6 US Open junior titles and 5 adult titles. She was the first person to win both the Classic and Showcase division in the same year when she was only 18 at the 2010 US Open. Torri is the current undefeated Showcase champion with her partner Benji Schwimmer. She enjoys traveling the world teaching the dance that she loves. 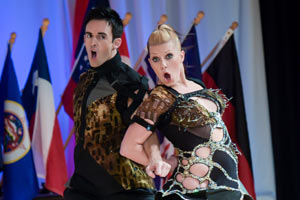 Jordan Frisbee & Tatiana Mollmann have been a successful partnership for nine years. They are 11-Time US Open Champions, 6-time NASDE Champions, and Multi-Grand National Champions, as well as dominating the Classic Division throughout the past 6 years. At the UCWDC World's event they were given the Star Award for the Couple with the Most Impact on Swing, and Jordan won Best Swing Choreographer. They have won Swing Couple of the Year for 5 years straight on the web site: www.usaswingdance.net

They Travel 47 out of 52 weekends per year, competing and teaching packed workshops all across the USA and Internationally. They are Certified Teachers in the Golden State Dance Teacher's Association. 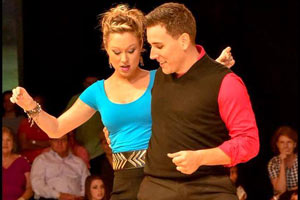 Brennar, from Virginia Beach, VA started dancing at the age of 8 when his grandmother taught him Carolina Shag. From that point on Brennar had the bug. He has been competing in Shag since the age of 9 and has won numerous titles including National Shag Dance Championships Junior Overall in 2004, 2007, and 2008, Grand Nationals Junior I champion in 2004 and Junior II champion for 2005-2008 with his previous partner Autumn Jones. He was a member of the award winning competition team, the National Shag Dance Team from 2004 through 2008. Brennar also won the team division at the US Open in 2008 with his Shag team, Southern Fried with Junior Pride, that he co-choreographed and coached. 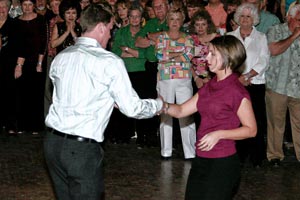 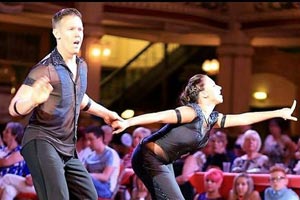 In 2007, Benji Schwimmer was invited to perform on the opening of season three and to become the first SYTYCD alumnus to choreograph on the show. His west-coast swing choreography of a high-octane number, "The Rockafeller Skank," brought both the audience and the judges to their feet. Executive producer and head judge, Nigel Lythgoe, said that the piece finally invoked the magic that was lacking in the new season.[citation needed] The swing piece became a crowd favorite on the national tour in 2007. 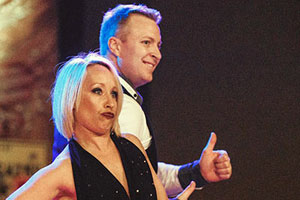 Kyle and Sarah are 5 time NASDE Champions, hold 11 US Open Titles and are 8 time Grand National Champions. As a partnership, they have been teaching, competing, performing, judging and choreographing all over the world for 12 years. They are the only couple to hold a US Open Swing Dance Championship title in both the “Showcase” and “Classic” Divisions.

This innovative couple love what they do and it shows every time they step on the floor. They have performed 24 West Coast Swing Routines all over the world and are constantly driving to evolve style while strengthening technique. Kyle and Sarah are best known for their ability to teach their innovative style while preserving the fundamental roots of West Coast Swing.